The web that never was

The story of the web is a story about freedom. It's a story about information, breaking down barriers, and creating new ways for people to communicate, collaborate, and share their ideas. It's also a story that has as much do with marketing, money, and meetings as it does with research and innovation. It's a story of mediocre ideas that succeeded where brilliant ideas failed, a story of compromises, rushed deadlines, and last-minute decisions. And it could so easily have been very, very different.

What if IBM had hired Digital Research instead of Microsoft to develop the operating system for its first PC, way back in 1980? What if Marc Andreessen and Jim Clark had gone to work for Nintendo in 1993 and never founded Netscape? What if one of the teams at CERN had said "Tim, won't it sound a bit silly if everyone spends the next 50 years saying double-you-double-you-double-you all the time"?

In this talk, Dylan Beattie will explore the alternative history of the world wide web — a web with no Microsoft, no Windows, no Firefox, no Google, and no JavaScript. A software industry from another timeline, a world of platforms, protocols, and unmistakably alien programming languages — and yet strangely familiar. So strap in, hold tight, and join us on a journey through… the web that never was.

Dylan Beattie is a consultant, software developer and international keynote speaker. He’s the director of Ursatile, an independent consultancy based in London that specialises in helping organisations bridge the knowledge gap between software development and business strategy. Dylan has been building data-driven web applications since the 1990s; he’s managed teams, taught workshops, and worked on everything from tiny standalone websites to complex distributed systems. He’s a Microsoft MVP, and he regularly speaks at conferences and user groups all over the world.

Dylan is the creator of the Rockstar programming language, and he’s performed his software-themed parodies of classic rock songs all over the world as Dylan Beattie and the Linebreakers. He’s online at dylanbeattie.net and on Twitter as @dylanbeattie. 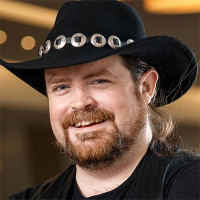